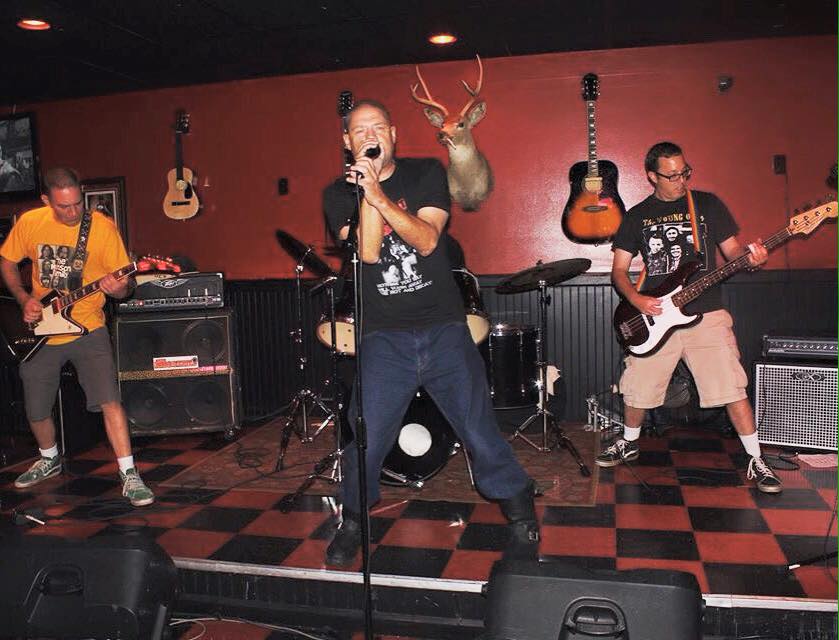 Fueled by alcohol, aggression and a stiff middle finger to society’s rules, Infant Mortality is a band like no other.

Infant Mortality were formed in Dover, Del., in 1989 by Mike Prichett, Ron King and Dan Hoster, following King’s departure of his previous band, Morbid Life. From the very beginning, the band took the street-punk lifestyle literally; often homeless, they were banned by many venues for their obnoxious attitude and chaotic live shows.

Infant Mortality’s guitar-led assault got its inspiration from the heavy, speed-driven riffs reminiscent of The Exploited, Ruin and Discharge, along with spastic, in-your-face lyrics. At its core, the band combines the UK 82 hardcore punk sound with the fury and speed of early 1980s U.S. hardcore, melded with the attitude of classic punk bands like The Germs, Dead Kennedys and the Sex Pistols.

Although Infant Mortality has been around since 1989, “Infamous” is the band’s debut album. “Infamous” is an absolute assault, with a wholly unique sound, though it’s clear the band was influenced by music made prior to 1984. There is no fakeness or commercial elements to Infant Mortality, and absolutely no songs on “Infamous” are fit for radio airplay. For punk and hardcore purists who have a profound distaste for the current sound of today’s punk and hardcore, “Infamous” is a much-needed blast from the past. “Infamous” was produced by Arik Victor and Pat Society of Violated Records.

Without a doubt, if you haven’t heard this band before, prepare to be blown away. Their songs are about street fights, probation, being homeless, alienation and despising society. “Infamous” will hit the core of many people … and hit it hard.

Never mind the plastic bands … this is INFANT MORTALITY!